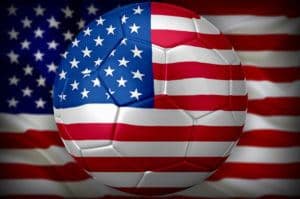 Soccer in the United States is currently dominated by Major League Soccer. Since 1993, it has been the first-tier professional league in the country, with several additional leagues, such as the NASL and USL, in the secondary tiers.

The history of soccer in the US dates back more than 20 years, however, with the modern game coming state-side in the 1850 thanks to Irish, German, and Scottish immigrants arriving in New Orleans. The first club dedicated to soccer in the US was the Oneida Football Club, which was established in 1862.

The USFA would become the United States Soccer Federation.

The Soccer Wars of the United States

The 1920s brought a lot of conflict to the beautiful game in the United States. It disrupted the American Soccer League and their affiliated clubs, which also caused problems with the national cup championships. US clubs were also accused of signing players from Europe that were already under contract, which would eventually lead to championship changes and the USFA suspending the league for the 1928-29 season.

By the time the soccer wars were over, the stock market had crashed and most clubs went out of business immediately. The American Soccer League folded in 1932 after 15 seasons. It would be 35 years before another major professional league would start in the US.

The First Incarnation of the NASL Began in 1967

The NASL was reinstated to be a second-tier league in the United States behind MLS in 2009, but it first came into existence in 1967. It would continue to be the top league in American soccer until the end of the 1984 season. The NASL was dominated by the New York Cosmos, who would bring in 40,000 fans per match thanks to heavy spending to get the best offensive and defensive player in the world at the time.

The NASL was initially successful, which caused many investors to want to get involved. Expansion happened quickly, with the league doubling in size within a few years. When FIFA awarded the 1986 FIFA World Cup to Mexico instead of the US, the NASL would end up suspending operations since only two teams were interested in playing.

MLS and the Modern Game of Soccer in the US

MLS has taken a different approach to the game of soccer. Instead of allowing teams to operate with full independence, the league has the final say in which players get signed and to what teams they get assigned. The league is composed of 22 active teams and two expansion clubs that are set to begin play in the near future.

MLS has seen its ups and downs. It started with just 10 teams in 1996, expanded to 12 in 1998, and then retracted in 2002. Since then, however, the league has become profitable and the beautiful game is finally growing at the same pace it once did in the 19th century.