Completely new to pickleball, you may be wondering what the sport is about. Moreover, you may be thinking about getting a pickleball paddle and going to the court to try it out.

But without knowing how pickleball is played, you won’t know what to do on the court. What would all those positions and terms used on the court mean to you if you didn’t have some basic knowledge about pickleball?

In this material, we are going to introduce you to all the info that you should know about pickleball before going to the court for the first time. It’s going to be a long and maybe even difficult read, but bear with us, you need to know all this stuff.

Below are some key definitions that will be helpful for you to understand the rules. There are other definitions in the USAPA rulebook, but we think that they aren’t as important for this material as these ones. You may check the rest on your own if you want.

Pickleball is a paddle sport that is played on a 20 x 44 feet court with a tennis-like net. A pickleball court is divided into service courts – right (even) and left (odd) – as well as non-volley zones adjacent to the net.

The serving player serves the ball diagonally to the receiving player’s service court. The ball is then hit back and forth until a player fails to return the ball.

One of the unique features of pickleball is that points are only scored by the serving side. The serving team scores a point when it wins the rally or when the opposing team commits a fault.

Typically, to win a pickleball match, it is necessary to score 11 points and have at least a 2-point margin. If the margin is less than 2 points by the time a team scores 11 points, the play continues until one of the teams wins by 2 points.

Pickleball, like the racquet sports it is based on, can be played in singles and doubles, with doubles being the most popular play type.

The two-bounce rule is unique to pickleball. It states that after the ball is served, each team must make one groundstroke before being allowed to volley.

A team/player scores a point only when serving. In addition, points may be scored in the event of technical calls against the opposing team.

After the score has been announced, once the referee determines that the receiver is/should be in position and ready to receive the ball, the server has 10 seconds to perform the service.

Before proceeding, you could check out the USAPA/IFP list of approved paddles. It may be enough for you to see whether or not the desired paddle is approved as per this list.

Alterations to the paddle

The positions of the team members are not restricted by the rules. The only requirement is that the players are on their team’s side of the net. In fact, the players may be positioned either on or off the court.

For an example of a good starting position, have a look at our pickleball strategy tips.

It is a fault for the serving team during the service if:

It is a fault for the receiving team if:

There are no limits to the number of lets (replays) that may be served by the serving player. The serve is announced a let and is replayed in the following cases:

When the ball is considered in

The ball is declared dead:

The non-volley zone (NVZ, also known as the kitchen) is an area that extends 7 feet from the net on each side. In the non-volley zone, players are not allowed to strike a ball without it first bouncing off of the ground.

Hence, some special rules apply to handling the ball in the kitchen.

Faults are called in the following cases:

At the authorization of the tournament director, the referee may allow players to quickly drink water or other beverages. However, the hydration break must not impact the flow of the game. During the hydration break, communication between team members is not allowed.

Generally, it is expected that the players maintain their gear in good condition during the game and use regular time-outs to resolve issues with equipment.

However, if the team/player is out of time-outs and if the referee deems it necessary that the equipment be changed or adjusted, the players may be awarded an up to 2-minute equipment time-out.

Equipment and apparel adjustment that can be done quickly – such as cleaning glasses or tying shoelaces – are allowed between points.

The ball in play may be hit twice. However, it is only allowed during a stroke that is unintentional, single-direction, and continuous. Otherwise, a fault is declared.

Either switching hands or two-handed shots are allowed in pickleball.

If the player misses a shot, the ball isn’t declared dead. The ball remains in play and can be returned until bouncing twice or until any other fault is declared.

If the ball is damaged (broken or cracked), the match continues until the end of the rally.

Players may ask the referee to determine whether a damaged ball impacted the rally. If the referee determines that the ball did impact the outcome of the rally, it is replayed with a replacement ball.

In non-officiated sanctioned plays, the rally is not replayed if the players do not agree with the referee’s decision.

The rally continues even if any of the players are injured during it. Likewise, the rally isn’t stopped when the player loses or breaks any item. The rally is stopped only if a fault is committed.

If a player’s item lands on his/her side of the court, the ball remains in play even if it contacts the item. However, if the item lands in the non-volley zone as a result of a volleying action, a fault is declared.

After hitting the ball, a player or any items that he/she wears or carries may cross the plane of the net, including the imaginary extension line of the net beyond the posts. The player or the item must not touch the net system or the court of the opponent.

If the ball bounces into a team’s/player’s kitchen with enough backspin to cause the ball to return over the net, it is allowed to reach over or around the net to hit the ball. While doing so, the net system or the opponent’s court must not be touched. If the team/player fails to touch the ball as it returns over the net, the team/player that last struck the ball wins the rally.

Players are not allowed to distract their opponent while the latter is about to play the ball.

The team/player may request the referee to determine whether or not a distraction occurred. If it did occur in the judgment of the referee, a fault is declared against the offending team.

In non-officiated play, if players do not agree that a distraction occurred, they may request the tournament director or the referee to make a decision.

In doubles, team communication before the opponent strikes the ball is not considered a fault.

Thank you for taking the time to read this post - if you want to find our more about the great game of Pickleball, discover some unique strategies or just read more equipment reviews then head on over to our Pickleball Home page here. 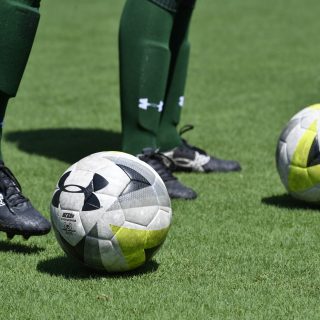 Best Soccer Shoes Of All Time 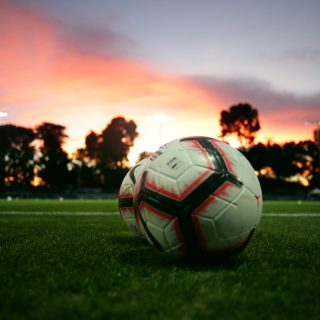 Best Soccer Balls In The World 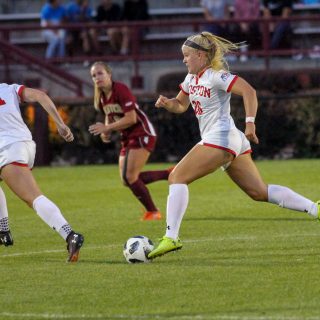 Best Soccer Ball Reviews (2020): Our Favorite Ones For All Levels

Best Soccer Socks (2020): Our Reviews Of The Comfiest Pairs

Best Soccer Training Equipment (2020): Our Reviews Of The Top Aids To Use

Best Shin Guards For Soccer (2020): Our Reviews Of The Most Protective Gear

Best Indoor Soccer Shoes (2020): Our Reviews Of The Top Pairs To Buy

Best Soccer Cleats (2020): Our Reviews Of The Top Pairs To Buy